Tom Hunter is an artist using photography and film, living and working in London. He is Professor of Photography at the London College of Communications, University of the Arts, London, Honorary Fellow of the Royal Photographic Society and has an Honorary Doctorate from the University of East London.

Tom has earned several awards during his career, including the Rose Award for Photography at the Royal Academy, London.

Tom graduated from the London College of Printing in 1994 with his work ‘The Ghetto’, which is now on permanent display at the Museum of London. 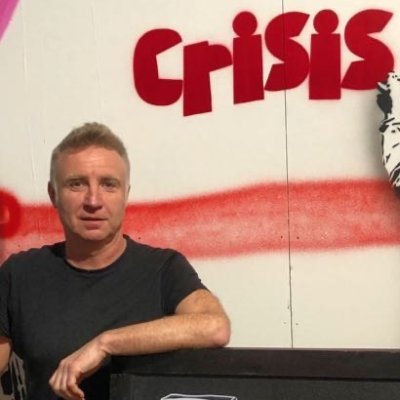 Tom Hunter’s work has been exhibited nationally and internationally in major solo and group shows including: Life and Death in Hackney, National Gallery Washington D.C. USA; Seduced by Art, National Gallery, UK; A Palace for Us, Serpentine Gallery, UK; Another Story, Photography from the Moderna Museet, Stockholm, Sweden. He has published eight books including, Down The Lane, (Café Royal Books 2020) Where Have All The Flowers Gone, (Hartman Projects 2019) Le Crowbar (Here Press 2013) The Way Home (Hatje Cantz, 2012).

Tom has been commissioned by the Serpentine Gallery London, The Victoria and Albert Museum, the Museum of London and The Royal Shakespeare Company. His works are in many collections around the world including; MOMA, New York, The Tate, London, The V&A, London, Moderna Museet, Stockholm, Smithsonian, Washington, National Gallery, Washington, National Gallery, London and the Los Angles County Museum of Art.